Faithspotting "One Flew Over the Cuckoo's Nest" 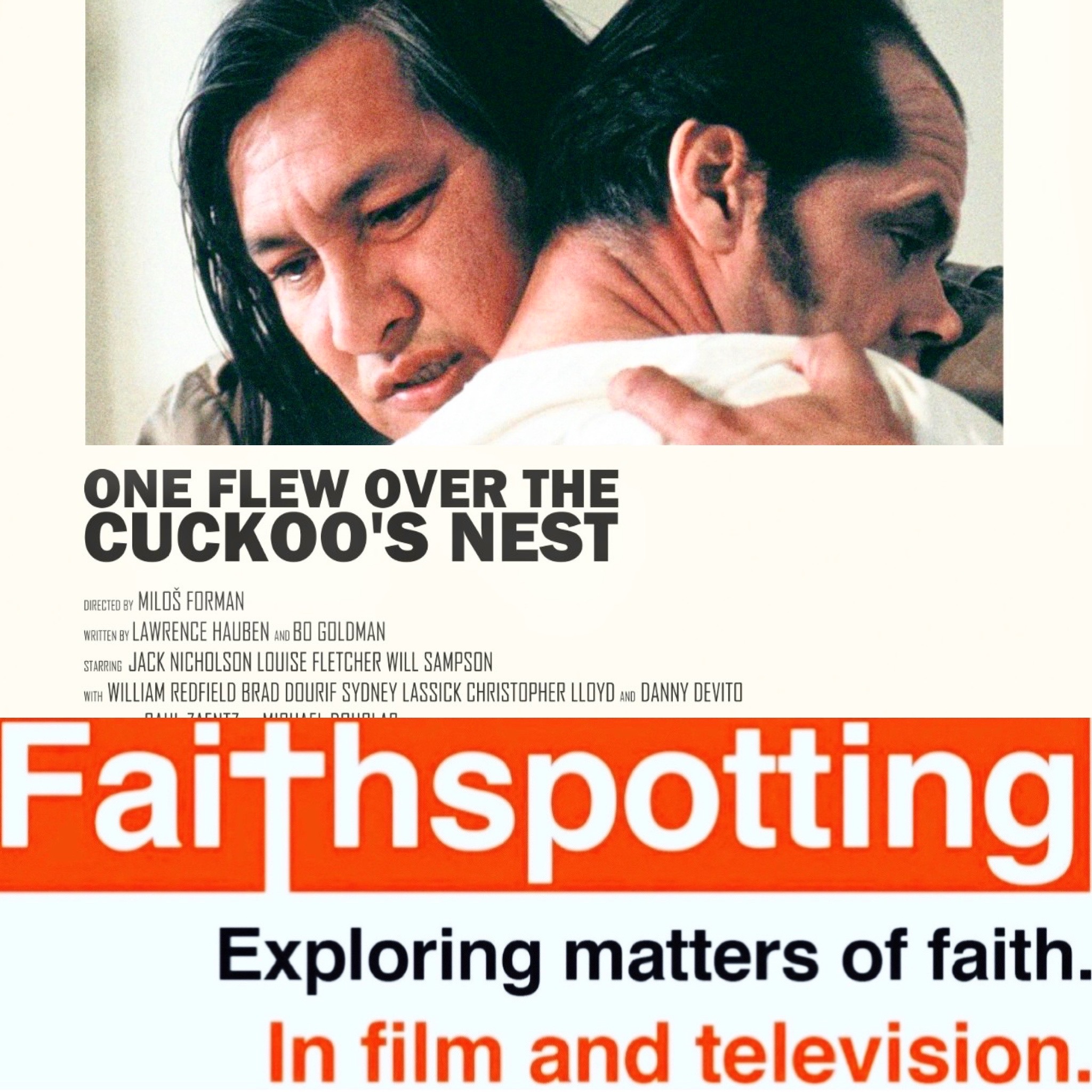 In the first of three episodes looking at Christ Figures in film, Kenny and Mike look at the multiple Academy Award winning film based on Ken Kesey's 1962 novel.  One Flew Over the Cuckoo's Nest was the second film (It Happened One Night 1934)...

In the first of three episodes looking at Christ Figures in film, Kenny and Mike look at the multiple Academy Award winning film based on Ken Kesey's 1962 novel. One Flew Over the Cuckoo's Nest was the second film (It Happened One Night 1934) to sweep the major Academy Awards by winning Best Picture, Best Director for Milos Forman, Jack Nicholson and Louise Fletcher winning Best Acting Oscars and Best Adapted Screenplay for Lawrence Hauben and Bo Goldman.

In both the novel and film, One Flew Over the Cuckoo's Nest, presents the main character, Randall P. McMurphy as a Christ Figure. As Jesus was an outsider to the Temple establishment and leaders, McMurphy is an outsider to the hospital and the ward he is assigned to. The incarnational aspect of McMurphy is lifted up in the comparison between his dwelling among the ward, with the men, and nurse Rachet who is typically separated from the men, either through the glass window to the nurse's station, her gazing down on the men when they are in the yard, and her coming and going to and from the hospital. Nurse Rachet is threatened by McMurphy's arrival and impact in the ward. and serves as a Pharisaic character in her opposition to the unconventional yet productive therapeutic relationship McMurphy establishes with the men in the ward. When forced to choose between her power or the health and welfare of the patients, she chooses to maintain the status quo and her position. McMurphy sees the other patients as persons who have the potential to be greater than they are seen, judged, treated in the hospital. Most of the men in the therapy group serve as disciple figures and are transformed and given a new voice through their encounter with McMurphy.

McMurphy's attack of Nurse Rachet at the end of the film is obviously not of Christ, but his decision to remain when he could have escaped reflects the decision Christ made to remain in the Garden of Gethsemane and be arrested on Thursday night of Holy Week.

As Jesus was buried in a tomb following his death, McMurphy provides new life to Chief who reflects the resurrection when he breaks free the tomb that was the hospital and the death that was his anxiety and fear of life. There is nod to Judas' betrayal of Jesus by Billy who names McMurphy as the one who made him sleep with one of the women they snuck into the dorm.

The depiction of Nurse Rachet following the attack offers a hint that she experienced a transformation in her care for the patients.