Faithspotting "One Night in Miami" 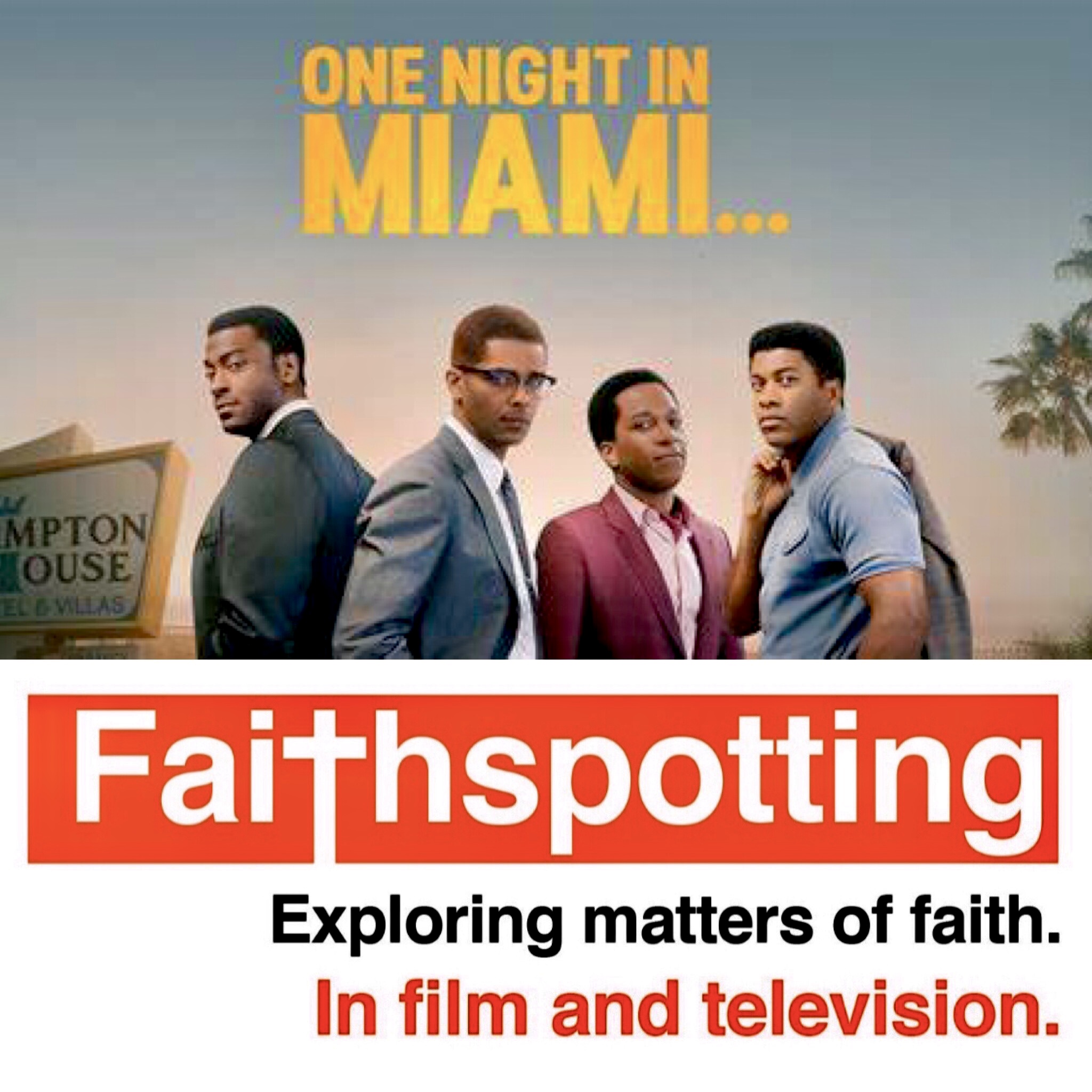 Kenny and Mike discuss and spot faith elements in the film One Night in Miami, directed by Regina King. Written by Kemp Powers and based on his play, the film stars Eli Goree, Kinglsey Ben-Adir, Aldis Hodge, and Leslie Odom Jr. who was nominated for...

Kenny and Mike discuss and spot faith elements in the film One Night in Miami, directed by Regina King. Written by Kemp Powers and based on his play, the film stars Eli Goree, Kinglsey Ben-Adir, Aldis Hodge, and Leslie Odom Jr. who was nominated for an Academy Award for Supporting Actor.

The film is an historical fiction narrative about 4 of the most famous black leaders of the time, Cassius Clay, soon to become Muhammad Ali, Malcolm X, Jim Brown, and Sam Cooke, gathering together on February 25th 1964. the night Clay became the World Heavy Weight Boxing Champion. Each of the four are on the precipice of changes in their lives that mirror the social, political, and economic changes that the United States will soon experience.

The faith to answer God's call to change:

As with Abram (Genesis 12) and the first Disciples (The Gospels and Acts) who were called to leave their homes and families and other converts to the early Christian church, God calls followers to change and even defy family custom and tradition if necessary (Luke 14:25-26.) Whether the call is to personal changes in living one's life according to the desire of God and way of the Kingdom of God,or drastic, public changes that significantly alters the arc of life, responding to God's call requires faith.  Ultimately one must exercise faith to answer God's call to live as Kingdom People rather than the known comfort of worldly ways of being and power.

The Parable of the Talents and faith to employ skills given by God (Matthew 25:14-30):

Does one use the talents God has given in Godly ways or does one bury them and pursue personal, sometimes more profitable and comfortable ways that lend to an easier life. The Recognition that God does not give talent to play it safe and remain in one's comfort Zone requires faith.

The Importance and Place of Community:

Faith in God is intended to be experienced in the midst of community. While one's faith and relationship with God is personal, it is also intened to be expereinced in communithy with other persons of faith. Faith is not to be private. Godly Community offers support, strength, as well as accountablitity. While the first two aspects of community are well known and accepted, the third is often overlooked and forgotten. (Matthew 18:16-17 and Paul's Epistles) The tribes and Nation of Israel and the depiction of the Church as well as the Trinitarian God is communal.

The Place, Purpose and Power of story to lead to understanding and unity even in the midst of conflict. The people of God are a people of Story, God's story of salvation.

The Call Of The Disciples Episodes