Season 4 Power Of Story Parable Of The Prodigal Son Parables

Faithspotting conversation with the writer / director of the a24 film, Funny Pages, Owen Kline, part 2.

Owen is a promising young filmmaker who has extensive knowledge of film in general and within a variety of film genres.  Viewing Funny Pages and listening to his process and thoughts offers a glimpse into the art of making a film, what goes into the writing, production, and editing. Listening to Owen's vast knowledge and recall and his love for film and excitement for filmmaking, one is reminded of a young Quentin Tarantino.

Funny Pages can rightfully be described as irreverent. In the interview, Owen speaks to the thought process behind the creative and narrative driven decisions behind the texture and feel of the film. Owen during the Q&A at the Cannes Film Festival

The Place of Identity and Story in Faith.

One's identity and the perceived need to prove oneself and or find oneself as seen in the parable of the "prodigal son." Also the use of this narrative by Jesus to describe the nature of God.

The place, purpose, and transformative power of story in faith - in communicating faith on a corporate (macro) level and developing faith on the personal (micro) level. The confession and repentance of David through the story offered by Nathan.

How we experience faith through story, the story(ies) within faith build upon each other for meaning and our experience and development of faith. The story elements of the Gospel narratives - building toward and into the ultimate story of the Christ and the incarnation of God. It is these smaller, common elements that contribute to connecting us to the power of the passion and resurrection narrative (as well as the narrative of the early church.)

The use of film/story-form to offer an expansive understanding and experience of life and of God. 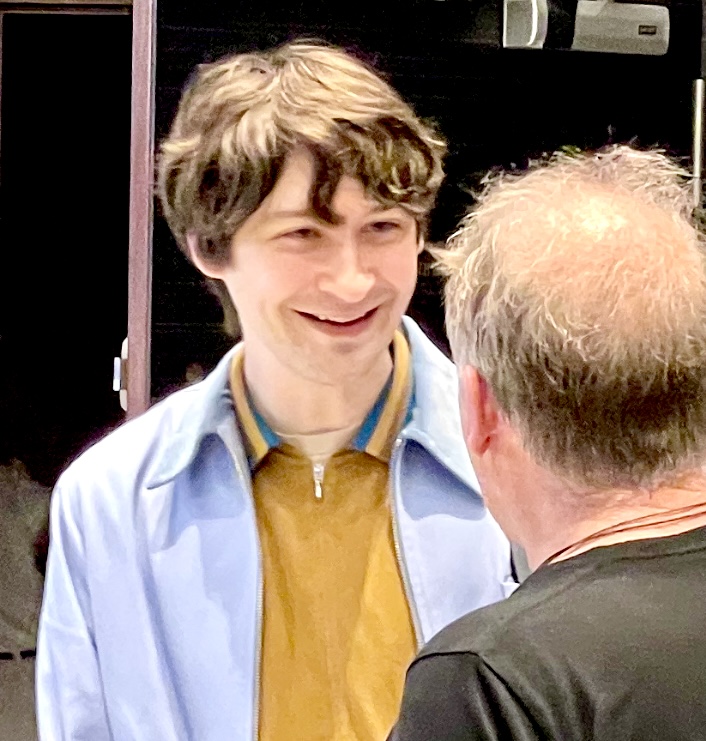 Owen was born in New York City in October of 1991 to parents Kevin Kline and Phoebe Cates. Owen's best known acting performance was in the 2005, Noah Baumback film "The Squid and The Whale," where he played Frank Birkman, the younger son of Parents Bernard and Joan, (Jeff Daniels and Laura Linney) and younger brother of Walt (Jessee Eisenberg.) After working with filmmakers Josh and Benny Safdie on some of their early films, and after making many short films, Owen wrote and directed the 2022 film Funny Pages" which premiered in the Directors Fortnight at the 2022 Cannes Film Festival and was distributed by A24.

Parable Of The Prodigal Son Episodes