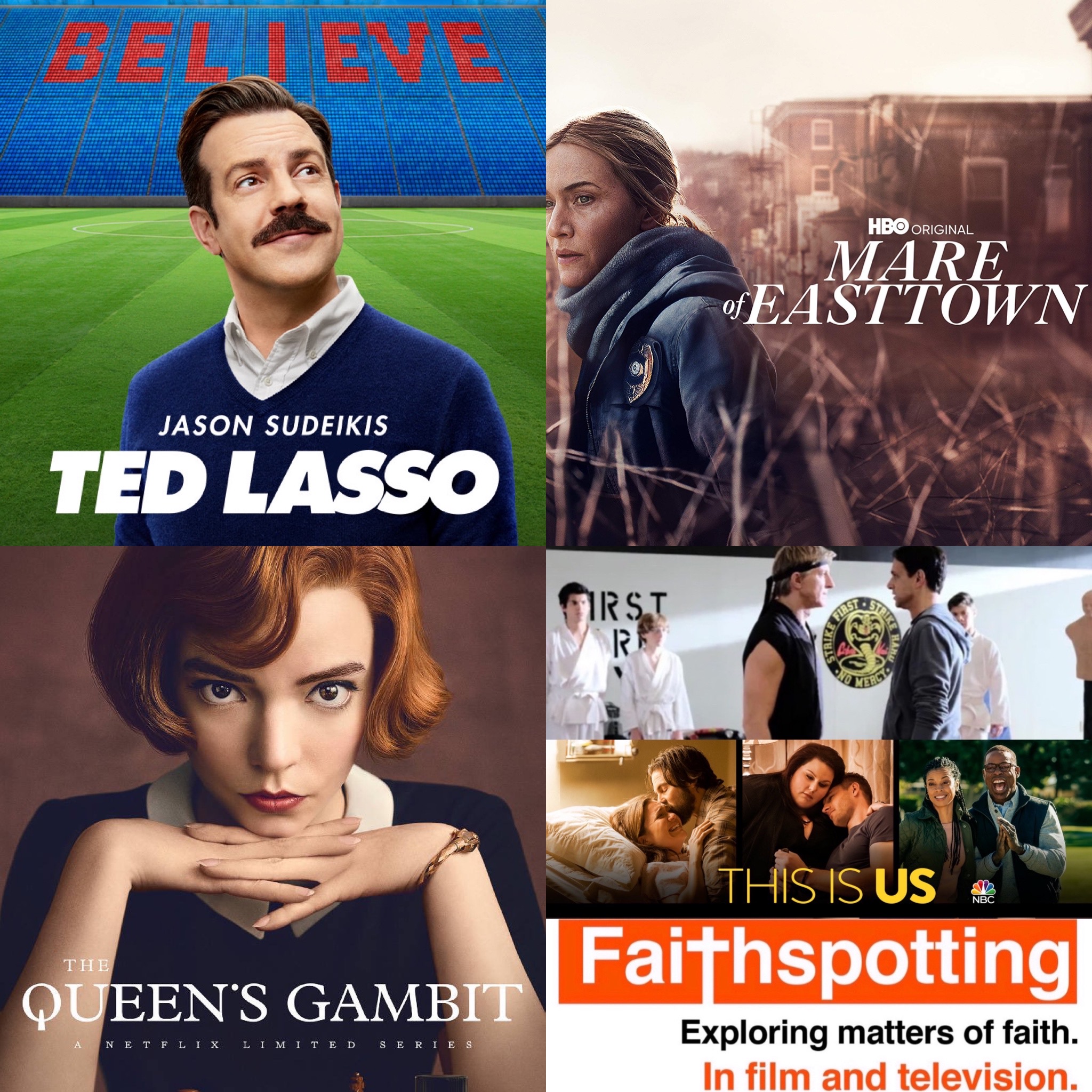 Kenny and Mike discuss their favorite television programs that are up for Emmy Awards.  While there is some discussion of the awards the sheer number of categories and programs makes it much more challenging to cover than the Academy Awards. That...

Kenny and Mike discuss their favorite television programs that are up for Emmy Awards.  While there is some discussion of the awards the sheer number of categories and programs makes it much more challenging to cover than the Academy Awards. That said, there are many very well done programs on TV that deserve attention. Kenny and Mike discuss and faithspot, Ted Lasso and The Queen's Gambit and discuss other series such as Corbra Kai, This is Us, Mare of Eastown.

Ted Lasso, reflects the teaching and life example of Jesus regarding the transformative power of loving neighbors and indeed all people. As Jesus teaches His followers that they are to treat others as they themselves wish to be treated, coach Ted Lasso shows that doing so can influence and change the way other people live and treat others. This teaching is also reflected in Paul's teaching that believers are to be agents of transformation rather than conform to the ways of the word. Romans 12.  Also, Israel was to be a model to the other nations what it was to live righteously.

Those who are disciples and in Christ are a new creation. Though relegated at times in life, (like teams in the Premiere League,) there is always the hope and promise of Christ to be restored and receive new life.  2 Corinthians 5.

One must move on from the former life that has died in order to receive the new life that is promised. Such is the power when ones "believe." Not menitioned in the podcast is the presentation in Ted Lasso of what it is to be a self differentiated person. Family systems approaches to families and congregations would appreciate this presentation. Ted has and lives a peace that passes understanding given all the pressure he faces and antipathy he receives. The need in life for security, especially in the midst of challenging times and situations. For Beth that security and predictability was found on the chess board where there were only 64 spaces and pieces have regimented ways of moving.  People of faith need stability in life, especially in the midst of challenges. The only true source of stability and security is God. When all that seems powerful in the world fails or is revealed to be something or someone other than presented, God's love is unconditional and everlasting.

The eternal reality of God is presented most specifically in the creation narrative of Genesis 1 as well as in the prologue to the Gospel of John 1:1-18. In John 14 Jesus teaches that His followers will not be orphaned, as Beth experienced in her early life, nor will they be alone, forgotten, or unwanted.